The origin of the

So who is the authentic pattern of the party emblem, the sickle axe head or the sickle hammer head?

In another early Chinese Communist Party organization founded in 1924, "China National Railway General Union Xinning Railway Membership Badge", provided by Chen Jianping, vice president of Guangdong Collectors Association, the red five-pointed star clearly shows the sickle-axe combination, it seems that the dispute between sickle-axe and sickle-head is not only now, but has been manifested as early as the Revolutionary period. .

In the early 1920s, the Chinese Communist Party was just founded as a branch of the Communist International to carry out the Chinese Communist movement, and was under the command and leadership of the Communist International. At its inception, the CCP actively concentrated its efforts on the workers' movement in accordance with the program and resolutions adopted at the First and Second Congresses. Since the CCP was a fledgling party at this time, it was not comparable to the Comintern in terms of numbers or organization, and because it was established in haste, there was no clear and unified standard for the party flag and emblem.

The actual leader of the Communist International was the Soviet Union, and the Soviet Union did not have a special party flag at that time, only the national flag, which was a combination of a red five-pointed star and a sickle and hammer head.

This is also the origin of the sickle and hammerhead motif of the trade union organizations in the early communist-led workers' movement.

Since the early Communist Party of China did not have a clear standard for the party flag and the rapid development of the workers' movement at that time, a variety of different kinds of trade union emblem patterns emerged during the Revolutionary period.

The main reason for the existence of sickle hammerhead combination and sickle axe combination at the same time is that China's national conditions at that time and the Soviet Union is not exactly the same, the hammerhead represents the characteristics of industrial workers, the Soviet Union industrial workers more, while China's conditions at that time industrial workers less but more handicraftsmen, this peculiarity makes the axe head pattern representing the professional characteristics of the handicraftsmen at that time is more easily accepted by the workers, which is Guangdong, Hunan and other places Even the early Whampoa Military Academy was influenced by this, using a combination of the "sickle and axe rifle" representing the Communist Party (signifying the great union of workers, peasants and soldiers) and the party emblem representing the Kuomintang to witness the cooperation between the Communist Party and the Kuomintang.

The party emblem formally took the stage of history

On August 1, 1927, the Chinese Communist Party fired the first shot of the armed uprising in Nanchang and embarked on the road of armed uprising.

Jinggang Mountain Museum treasures a participant of the uprising Zhong Buquan wore a cap badge, this silver cap badge was pentagram-shaped, the main body is the sickle axe head.

On September 9, 1927, Mao Zedong led the Autumn Harvest Uprising at the Xiang-Gan border and raised the first official flag of the Chinese Communist Party, the First Division Flag of the First Army of the Workers' and Peasants' Revolutionary Army, and I have in my collection a cap badge of the Workers' and Peasants' Revolutionary Army with the sickle and axe head symbol, which is also a product of this period.

In April 1930, the CPC Central Committee made it clear that the Red Army flag used the five-pointed star and sickle axe as symbols, and the document also made detailed provisions on the position and color of the five-pointed star, sickle and axe, and had the couplet "The axe splits the new world, the sickle cuts the old world" widely circulated.

In 1931, the Chinese Soviet regime was established, and under the influence of the Communist International, the national emblem was again changed from a sickle-axe combination to a sickle-hammer combination with the party emblem.

On April 28, 1943, Mao Zedong chaired a meeting of the Political Bureau of the CPC Central Committee in Yangjialing, Yan'an, and made a decision on the style of the party flag, that is, the sickle and axe symbolized the Workers and Peasants Union and the five-pointed star was removed to distinguish it from the flag of the Soviet Union, and shortly afterwards, the Political Bureau of the Central Committee met and decided to dissolve the Communist International, showing that there were differences in the direction of revolutionary development between the leadership of the CPC and the Communist International led by the Soviet Union at that time. divergence in the direction of revolutionary development.

In 1949, the Political Department of the Central Military Commission again activated the sickle-hammer combination in the oath of initiation, and on October 2 of the same year, the Soviet Union became the first country to recognize the new China. 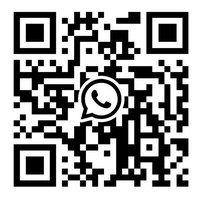